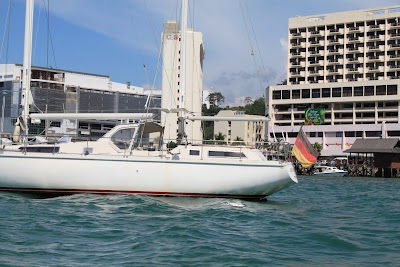 The good thing about KK, if you like snorkling and diving, is that the islands are only 15 to 20 minutes away by speedboat. Since boats leave only when they have about 12 passengers, I made sure I was at the ferry point by 9am. Already there was a sizeable crowd. A surprise since it was a weekday. I paid Rm17 at the counter for Manukan Island and at another counter RM6 port fee. 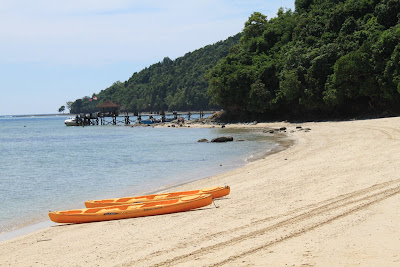 The Park consists of 5 islands, the largest of which is Manukan Island. It's the most developed with chalets, a restaurant, footpaths, benches, a convenience store (selling cooked food too)  and don't worry if you have a bladder problem as there's a free toilet. (A conservation fee is levied for entrance to the island) 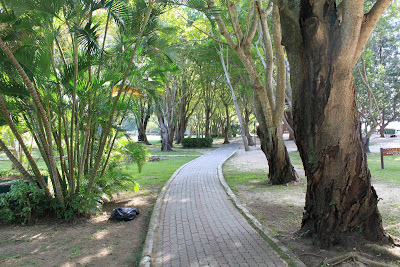 Footpath: for that leisurely stroll

A footpath winds its way through the island. With birdsong to entertain you, and the sea breeze in your face your stress level disappears (until you re-appear on the mainland). A magpie robin flew close to me as if to say Hi!