Within the spacious grounds of the Hiroshima Memorial Peace Park is the Children Peace Monument dedicated to all those innocent kids who died in the A-bomb blast. 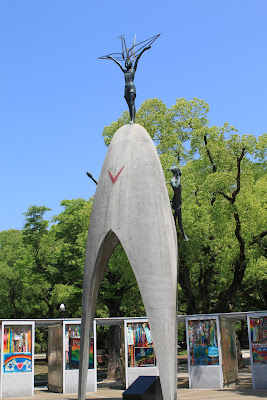 Perched atop a statue resembling an A-bomb, a little girl holds aloft a crane. A Japanese girl suffering from radiation believed that if she folded 1000 paper cranes she would be cured but alas she died before she could complete her project. 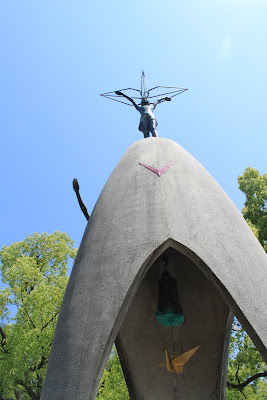 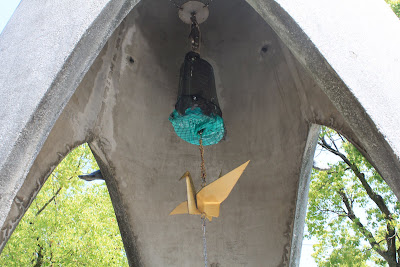 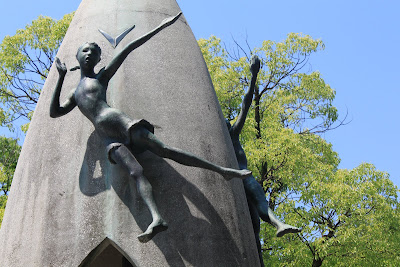 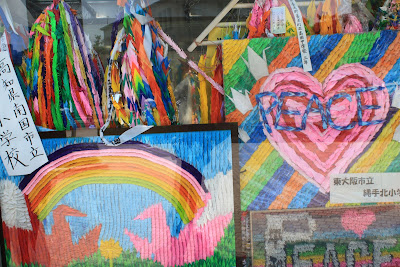 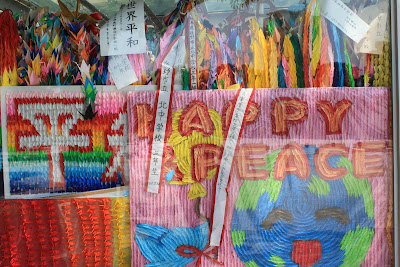 Paper cranes (last two pictures) therefore came to symbolise peace. Children all over the world have sent paper cranes to Hiroshima Peace Memorial Park (the paper cranes are kept in display
cases as shown in the first picture)
It's exceedingly sad to see that so many kids died in the A-bomb explosion.
Posted by Roger at 11:39 PM 2 comments:

Hiroshima: the horror of the atomic bomb 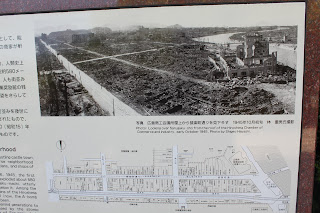 Photo shows the complete destruction of Hiroshima by an atomic bomb. Only the town hall was left standing. 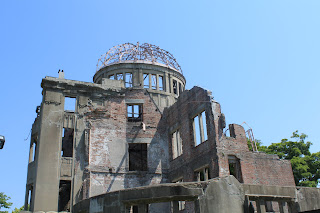 The iconic symbol of the atomic bomb destruction. 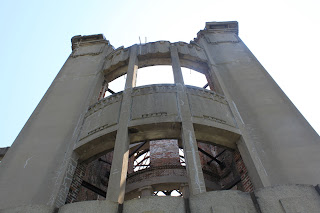 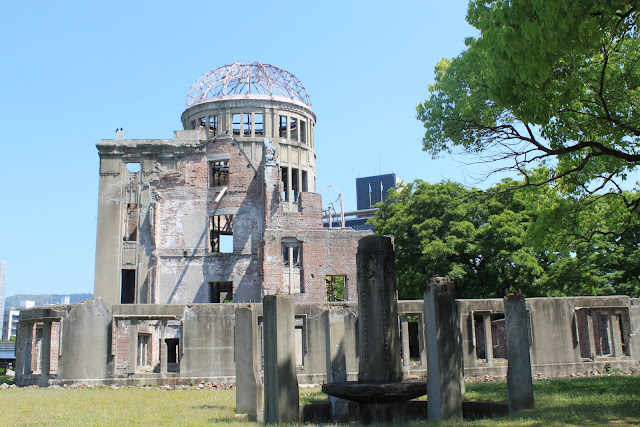 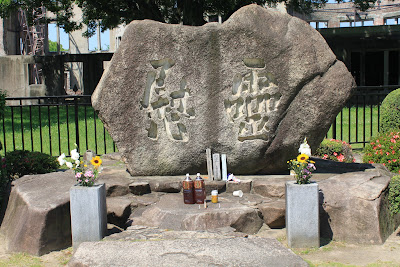 A shrine to those who died in the atomic bomb blast.
I think everybody should visit Hiroshima especially politicians and world leaders. Perhaps then they would realise the full horror of a nuclear war, and work towards getting rid of nuclear weapons.
Posted by Roger at 8:53 PM 3 comments: