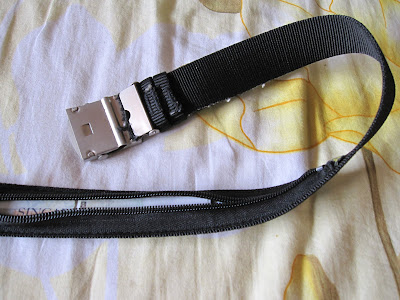 My money belt with its secret zipped compartment for hiding my survivor cash. 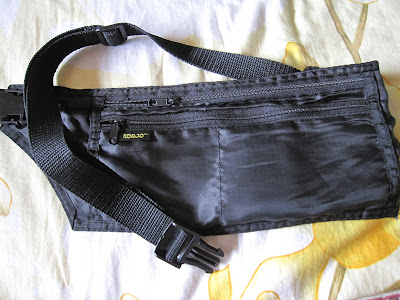 My money pouch which I wear under my clothes. It never leaves me except when I take a shower.

There is nothing more frightening than being robbed of all your money or, worst, seriously injured or killed whey you are travelling. If you often travel solo like me, staying safe is a top priority.

Here are the first 5 rules to stay safe on your travels.


1. Buy a money pouch.
Instead of asking your grandmother to sew a secret pocket in your jeans or hide your money in your smelly socks get a money pouch. It is for your secret stash of cash, credit cards, passport, ATM cards. The pouch is to be worn UNDER your clothes, preferably next to your skin. A friend refused to buy one, and when he was robbed in Indonesia he was left high and dry.

2. Get a money belt.
A money belt is like your ordinary belt that holds up your pants/trousers but it has a zipped secret compartment on the inside. This is my survival cash. If I use big notes I can easily hide up to $500

3. Never accept drinks from strangers. They may be drugged. As a safety precaution, it's better for drinks to be opened in your presence (but this is not 100% foolproof).

4. Never follow anyone home or to a place unknown to you. A friend broke this rule, and was robbed in Vietnam. He followed a Vietnamese woman to an apartment. I broke this rule in China. I followed a teenage boy in Shanghai to his apartment for lunch with his family. I think I was being greedy at the time! But, seriously, I wanted to see his home. I won't break this rule again even for a meal of lobsters or giant prawns.