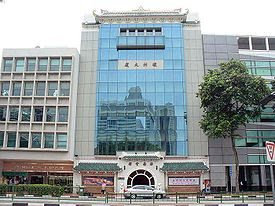 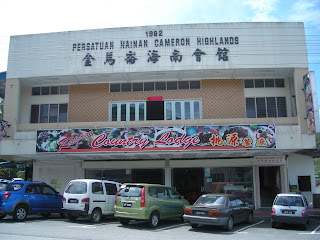 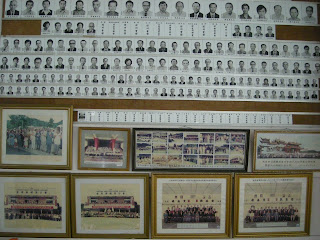 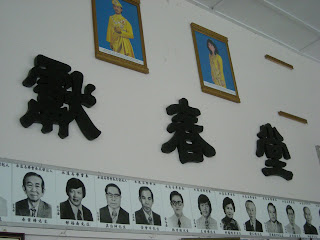 Walking around Brinchang in Cameron Highlands I was pleasantly surprised to see a Hainanese Clan Association. Below the building is a Chinese restaurant. I trudged up the stairs to be greeted by a huge hall with photographs lining its walls.

Two elderly men in a small office were in earnest discussion. Behind the hall was another room for recreation. Mahjong tables awaited the gamblers. I spoke to the guy who was arranging the tables. I asked if he could speak Hainanese but he replied in Hokkien (a Chinese dialect) that he could not. Another senior citizen was reading the Chinese paper.

Obviously there must be a large Hainanese community in Cameron Highlands but in my years of coming here I've yet to hear a SINGLE person speaking Hainanese. It's a big disappointment.

In Singapore there's a big Hainanese Clan Association in Beach Road. This year the World Hainanese Conference will be held in Singapore.
Posted by Roger at 10:54 AM