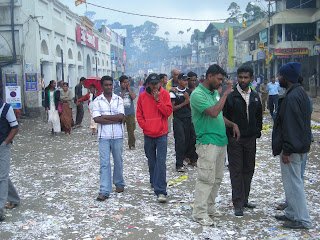 After the blasts of firecrackers. 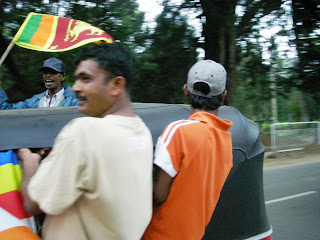 Hanging dangerously from a three-wheeler. 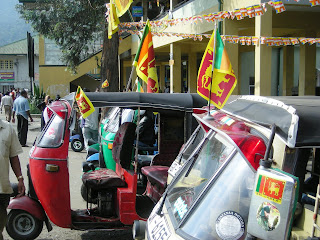 Three-wheelers decked out in the national flag. 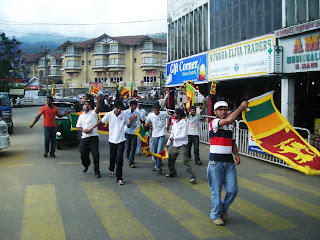 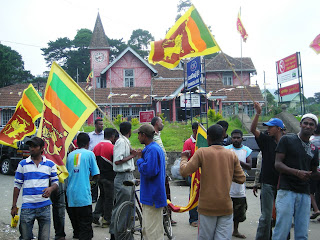 Riotous celebrations.
When I arrived in Nuwara Eliya, popularly known as Little England on account of its temperate climate, was in the midst of the wildest celebrations ever to engulf the town: victory celebrations over the Tamil Tigers.

Everyone was so happy in this Tamil-majority town.

Convoys of vehicles and three-wheeler cabs blared their horns while their occupants waved the Sri Lanka flag in unrestrained joy, screaming their happiness as I snapped pictures of them.
Firecrackers were set off while police officers were out in full force to ensure that things did not get out of hand.

No one will ever forget the victory celebrations over the defeat of the Tamil Tigers.