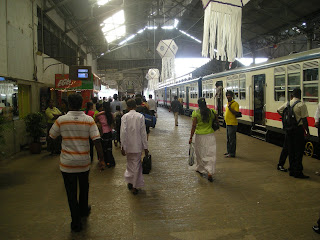 Fort Railway Station: an inside look. 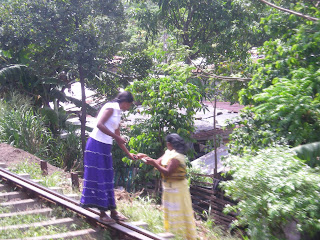 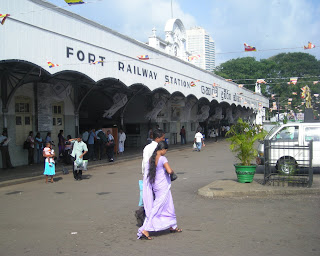 Fort Railway Station: this area is the transport hub for trains and buses.

From Bandaranaike Airport I took a bus to Colombo railway station at Colombo Fort. There was no problem getting a train ticket to Kandy (only 2nd class available).

Being the only Chinese for miles around, naturally I attracted curious looks. Most asked, "Japan? China?"

But there were others with an ulterior motive. One man proved over friendly as though I had known him all my life. My suspicion was proven correct when he came on board just as my train was about to depart and shoved a piece of crumpled A4 which had a written appeal for donations. He claimed he was a mute.

Then there was this 80- year-old man.

I waited for the coin to drop.

"I got no money to eat," he continued.

I gave him some bread which he wolfed down hungrily.

Suddenly a well-dressed man approached me and said, "Kandy train, you wait over there."

How did he know I was going to Kandy? Obviously word had spread. I had been chatting with Sri Lankans in the station's cafe and on the platforms. He claimed to own a guesthouse in Kandy, and urged me to stay there.

With such a cast of characters there was never a dull moment.